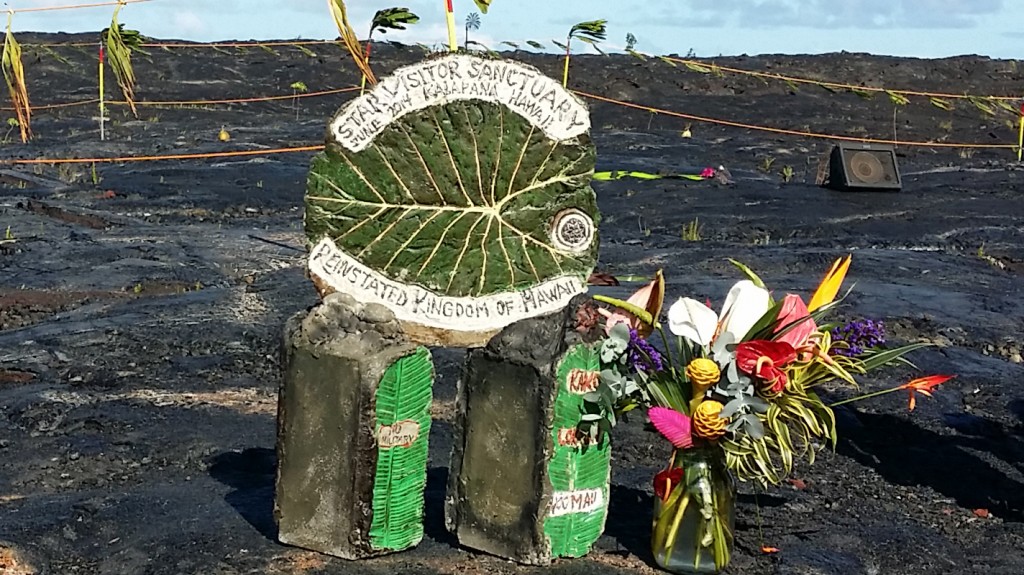 The Hawaii Star Visitor Sanctuary was officially launched on Friday June 27, 2014 in a dedication ceremony on the Big Island of Hawaii. A video released today shows many of the events conducted with the goal of inviting extraterrestrial visitors to land, and meet with representatives of the Reinstated Kingdom of Hawaii and private citizens. The ceremony began with a traditional Hawaiian blowing of the conch shell followed by a blessing by the Minister of the Interior for the Kingdom of Hawaii. The video then shows a dedication by the “Women of the Womb” that was followed by the building of a traditional “Ahu” designed to sanctify the Sanctuary in accord with Hawaiian tradition.

Michael Weeks, the Kingdom’s Representative for the Puna region, ended the formal part of the dedication ceremony by reading the “Declaration for the Hawaii Star Visitor Sanctuary”. The Declaration explains the sovereign legal authority of the Kingdom of Hawaii, the Kingdom’s history of international neutrality, and protocols for extraterrestrials or “star visitors” to land and begin formal diplomatic relations with Kingdom representatives.

The dedication of the Sanctuary is the second time that a sovereign state has dedicated land for the exclusive purpose of extraterrestrials to land and meet private citizens. The Sanctuary is hosted on land provided by the Kingdom of Hawaii in the area of Kalapana in the Puna region. Up to 200 people attended the ceremony and gave their enthusiastic support to organizers and those conducting various parts of the ceremony. This video captures most of the events that made up the dedication ceremony and post-dedication interviews revealing the aspirations of those attending for contact to happen with extraterrestrial visitors. It’s now official – extraterrestrial visitors can land at the Hawaii Star Visitor Sanctuary!

This entry was posted in Sanctuary News. Bookmark the permalink.